The walls of our studio became decorated with great new posters created by our designers in a series of "Vegetables detectives".

One warm spring afternoon, we decided to draw unusual posters, whose main idea would be to combine disparate. The result of our brainstorm was the idea to portray famous detectives in the form of vegetables. Hercule Poirot, Sherlock Holmes and Lieutenant Colombo had to be depicted as garlic, broccoli and potato.

Every designer portrayed detectives in their own style, but with one main idea. 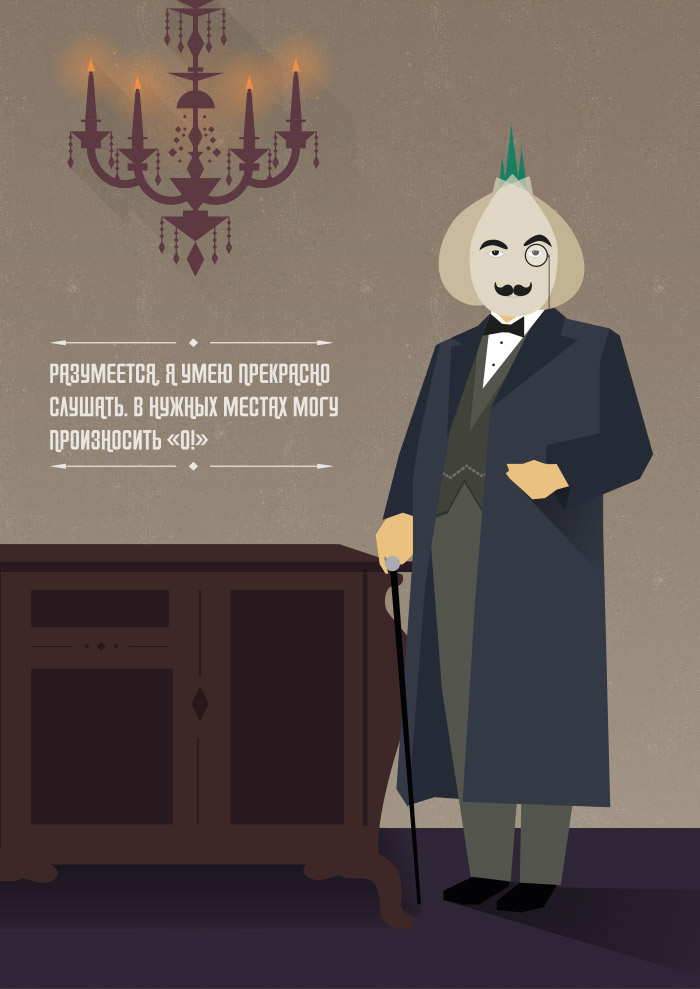 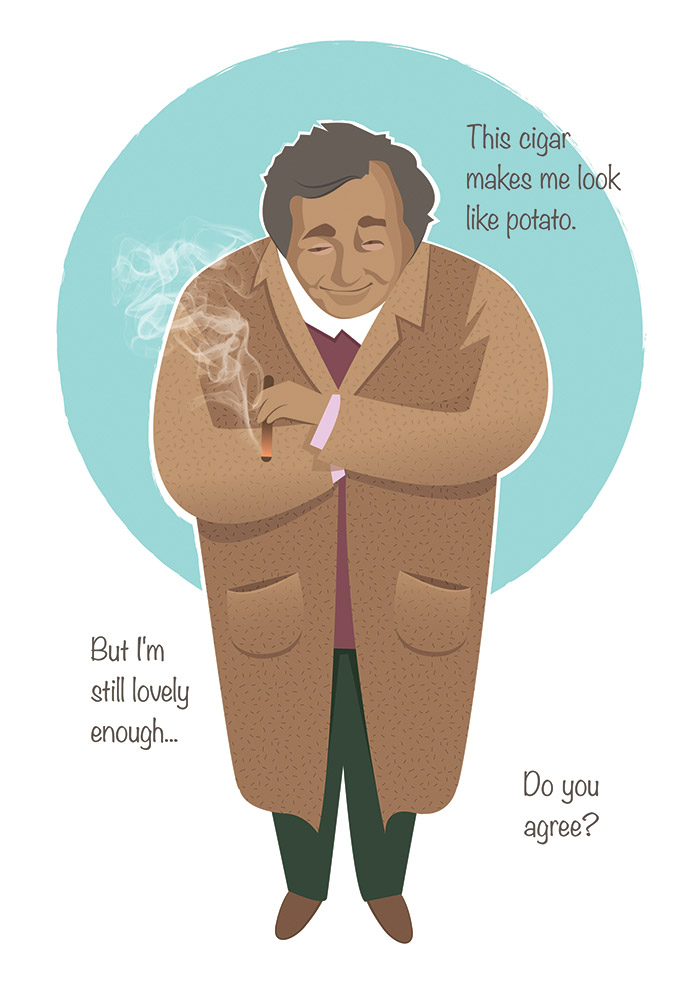